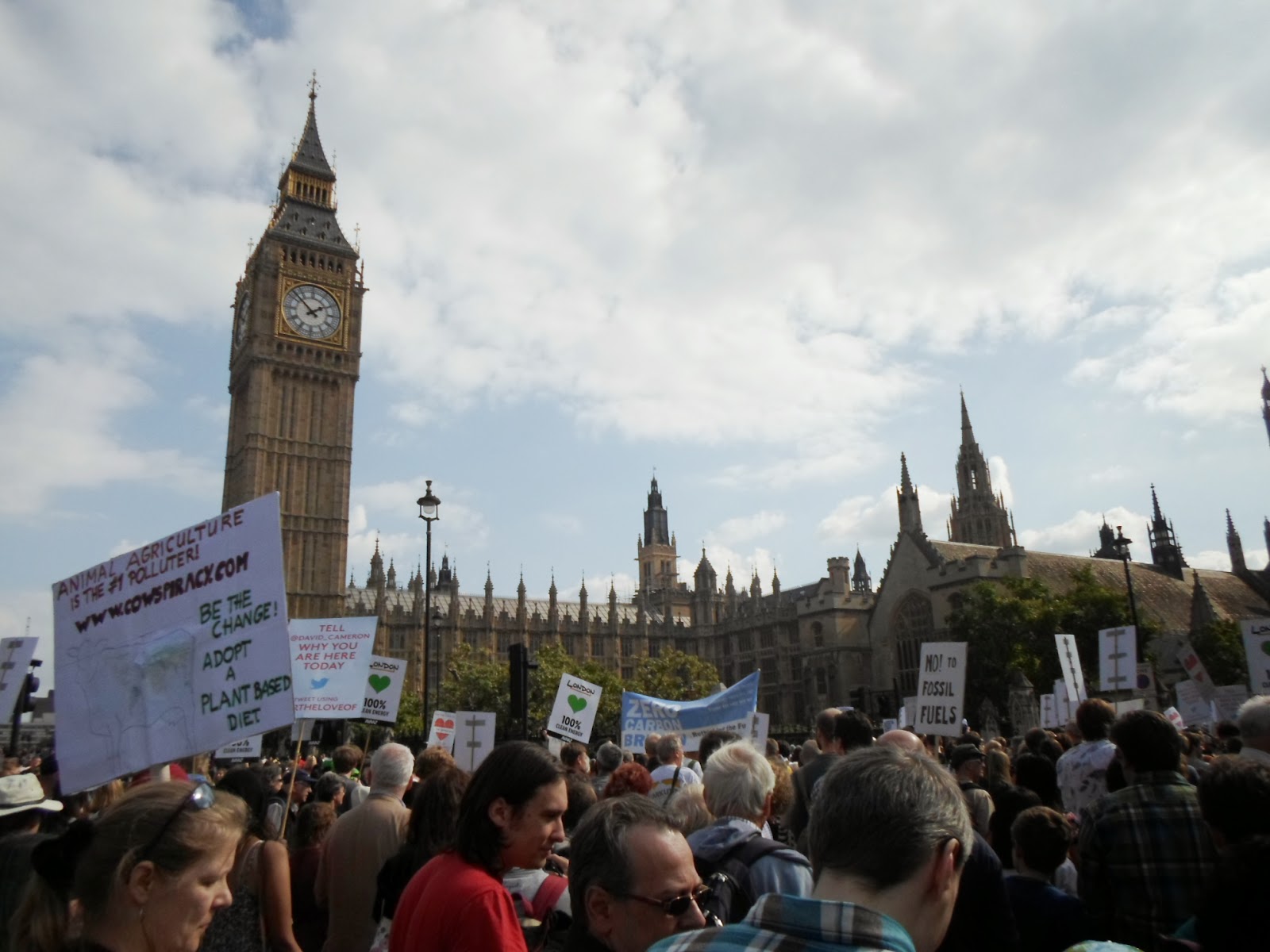 Before the communion service at St John's was quite over this morning, Rosemary, Richard B and myself slipped out to catch a train to London for the People's Climate March. We were expecting to arrive late so headed out of Charing Cross and found ourselves joining the very beginning of the march. This did mean we had little sense of just how many people were present but Avaaz are reporting 40,000. The atmosphere was not as carnivalesque or optimistic as some I've been on but good natured and generally positive nonetheless. Being at the front meant we did get to hear all the speakers - Richard Chartres, bishop of London, gave a rousing introduction; a young campaigner who had ensured climate change stayed on the school curriculum was inspirational; Vivienne Westwood's rant left many of us puzzled and provoked some heckling but she was followed by a very positive speaker from Zero Carbon Britain who claimed that without nuclear or fossil fuels we still have the resources for the energy we need. Emma Thompson told of her recent visit to the Arctic and read a large chunk of Desmond Tutu's article in today's Observer on how climate change is 'the human rights issue of our day'. A speaker from Avaaz finished the rally, encouraging us to keep campaigning up to the crucial talks in Paris next year. Although we didn't bump into any friends on the march itself it was good to see three campaigners from Trinity as we got onto the train for Reading. 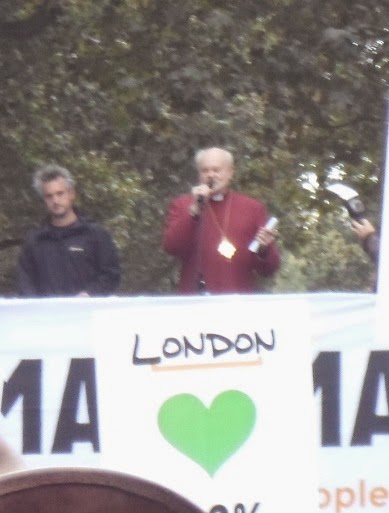 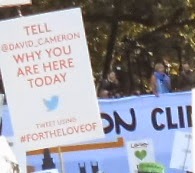