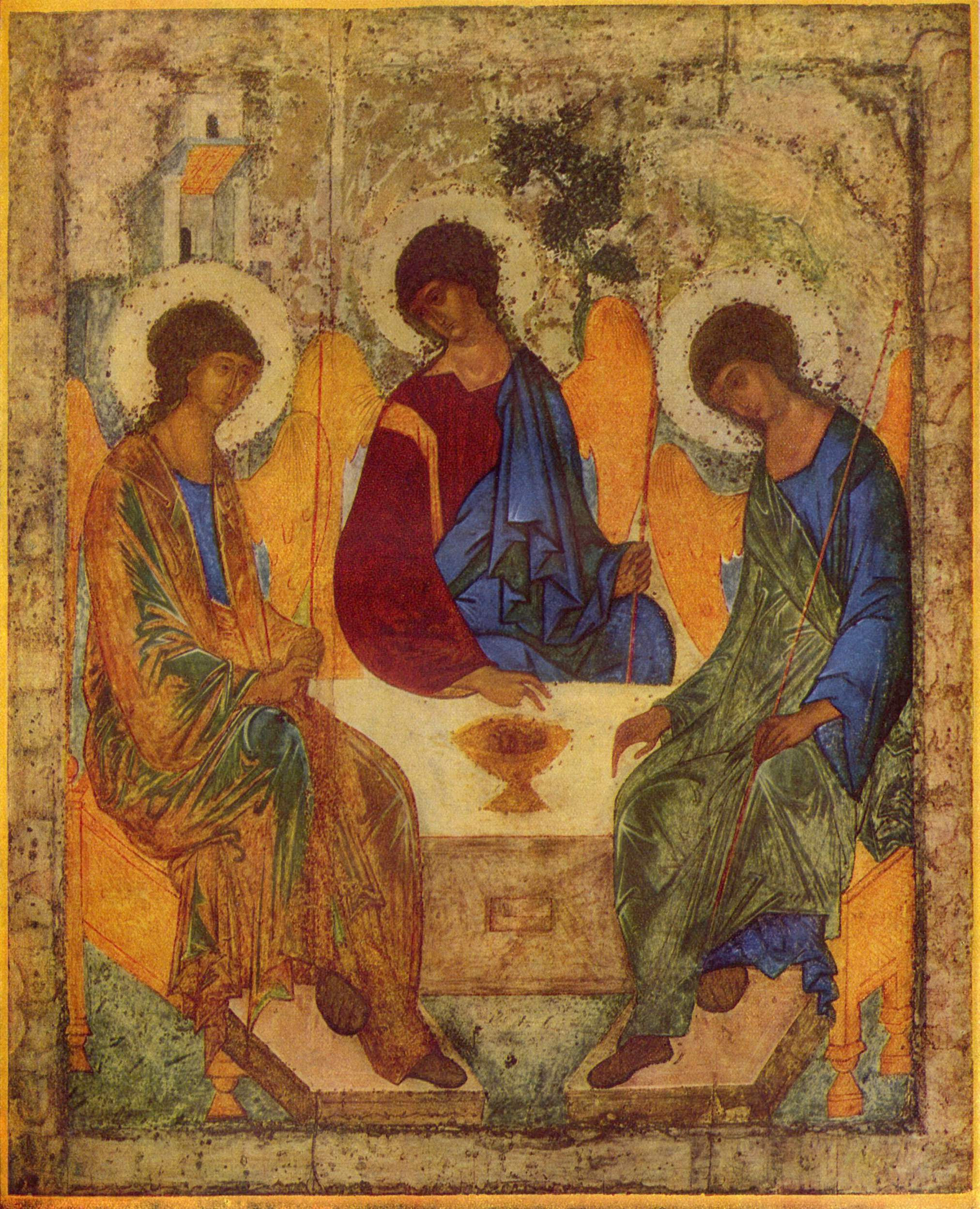 Last week there was a double dose of green activity for some of us: on Monday quite a few of the congregation were at Zero Degrees for CaféTheologique where Mark was talking on 'Ecotheology: How to talk about 'stuff' as if it mattered. He was looking at a theology based on stewardship which was broadly familiar to many there and at the much less familiar Orthodox attitude to matter and creation.
Then on Wednesday we had another EcoCongregation planning meeting. We're focusing at present on recycling and on measuring energy use so there were updates and plans to move forward on this. I showed the helpful little graphs that iMeasure provide but those who have tried signing up to it recently have found it requires rather more information about properties and is offputtingly data heavy.
Posted by Joanna No comments:


Between the service and our wonderful, mostly vegan, church lunch on Sunday we had a quick gathering with our treasurer and church wardens to find out more about how the church's energy supply works now. My hopes that the new building project would have made the situation simpler were dashed, but perhaps the fact that it is so bound up with the school's energy use will prove a blessing in that we have to work together. Meanwhile several of us have committed to monitoring our own energy use at home in preparation for comparing and trying to cut down.
The reason for the picture is that I was summoned to the open area between church and school because a dead bird had been found, possibly having flown into our large clear windows, and was surprised to realise it was a goldcrest.
Posted by Joanna No comments:

We've just held a small but rather dramatic planning meeting - dramatic when my draught exclusion (cushion in a plastic bag) up the chimney caught fire because I'd forgotten to remove it before trying to make the living room more hospitable for my guests (not a very green outcome there I'm afraid). However, over Richard's lovely flapjacks in a colder but smoke-free room we managed to concentrate on finishing off the action plan and coming up with three priorities to achieve before Christmas. Next planning meeting will be here on 26th November at 8 pm (by which time I expect the central heating will be on and there will be no need for pyrotechnics).
Posted by Joanna No comments:

It was a nice surprise to see this blog advertised on the overhead projector notices on Sunday morning and so a reminder to put something in this week! Some of the congregation may have noticed the link between the different parables the children were looking at this week - they were all meant to be on a theme of growing crops and harvest. For pathfinders that included baking bread - for anyone wondering where the bread was afterwards, it turned out that the church oven is in serious need of attention so the children took their part baked creations home with instructions for finishing them.
Meanwhile in the course of his sermon Richard mentioned Christian Aid's tax justice campaign, more details of which can be found here.

At St John's Creation Season runs for two months, rather than the usual one, because that allows us to move straight into Kingdom Season afterwards rather than reverting back to Ordinary Time. This also gives us time to continue thinking about Creation after the first chaos of the beginning of term has eased! So, following on from a suggestion made while we were discussing our new action plan, I put a note in this week's newsletter recommending websites on Christianity and the environment for those wanting to know why we have a season so dedicated. I also brought in a pannier full of books on the subject (and just on the environment) so that anyone could borrow - only one person took up the offer on this occasion but she did borrow three books.


There was a lovely harvest display of gifts ready to be sent to Readifood awaiting us as we walked into church this morning, grateful that the sunshine had returned for those of us walking or cycling down.

We've continued with prayers and blessings appropriate to Creation Time and some great harvest/creation hymns over the last two Sundays - "For the beauty of the earth" and "Lord of beauty, thine the splendour" last week and rousingly traditional "We plough the fields" and "Come you thankful people come" plus "God made the heavens and earth" this week for Harvest Festival itself. (In previous years there has been some contention over the appropriateness of a 'modernised' version of "We plough" which emphasises the destruction caused to the planet by humankind - it's been suggested that children should not be asked to sing a hymn confessing to environmental sins over which they have no control. I think that is still in debate, but we had the uncontentious version this year).

Because this was the first Sunday of the month it was largely led by the Children's Praise Plus team who explained what happened in the children's group last week - a slide show and props about people working together with God in co-creation leading up to some tasty baking. Children had written the prayers too. I just happen to have the one that was meant to be praying for people working to protect creation because my youngest wrote it:

Dear God, please protect the world, the rain forests and all the endangered animals. Please help us to stop deforesting rain forests and can you make it easier for those trying to stop this happening. Amen

Our first Sunday of the month lunches have begun again and Liz had cooked up a wonderful vegan chilli (from a National Trust recipe). We were lucky enough for many of us to be able to sit out in the courtyard - hard to imagine now as the rain pours down.

The Harvest edition of our NEWT magazine is out and includes a couple of photos and brief account of the climate march, as well as some lovely Greenbelt photos.