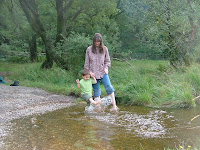 I started this blog in November 2007 as a resource and a record of our church's journey towards becoming an eco-congregation. I hope the church members will find it useful, but I hope it is also useful to others with a concern for our environment. Please use any of the liturgy, green tips or ideas on it as you like. It would be lovely to hear back if you do. It would also be great to hear ideas and experiences from other churches.
Posted by Joanna 1 comment: 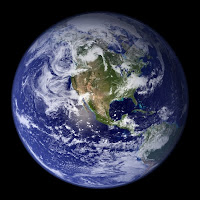 Last Thursday evening three members of one home group went to Newbury to see 'Hope for Planet Earth'. This event was part of a national tour, exploring the science behind climate change from a Christian perspective and the impact of climate change on people and the planet. It involved experts from Tearfund, A Rocha, John Ray Inititative, the Faraday Institute and Share Jesus International exploring the relationship between science and faith and challenging myths surrounding climate change. Apparently it was very inspiring and encouraging to act more.

Yesterday we institutued the St John's Green Borrowing Book. This was a suggestion made at the Green Sunday service last July. The idea is that congregation members write in items which they are willing to lend to others so that we don't all need to buy so much.
We also started a polythene recycling box. HDPE (2) and LDPE (4) can be recycled if sent to
PolyPrint Mailing Films Ltd
Unit 21a Mackintosh Road
Rackheath Estate
Rackheath
Norwich
NR13 6LJ
paper labels must be cut off and your name and address should be included in the parcel so they can return any packaging sent in error. As a general rule, if it stretches it is likely to be polythene but if it snaps when pulled it is probably cellophane or PVC and they cannot recycle it.
Posted by Joanna No comments:

Last week I received an e-mail from Greenpeace about the proposed Kingsnorth coal-fired power station. So this week I encouraged people to go to their website or that of Christian Aid to protest about it, or to sign the following letter to John Hutton, Secretary of State for Business. There was lots of support for the letter, although many rightly also raised the question of what power we should use. Many also referred to the recent news about increased air travel - a subject for next week's campaign letter?

Dear Mr Hutton
We are writing to you to express our grave concern about the possibility of a new coal-fired power station at Kingsnorth in Kent. We know that coal is the most environmentally damaging means of generating electricity and understand that Dr Jim Hansen has warned the Prime Minister that ‘the single greatest threat to the climate comes from burning coal’.

We understand that you are hoping to use carbon capture and storage technology. However, since this is not yet commercially available, and may never be, it seems an appalling risk to take. Clearly it will not be available for the first years of the Kingsnorth plant’s emissions. In just ten years it would be responsible for greater carbon dioxide emissions than he 30 least polluting countries combined. This is morally unacceptable.

Please do not make a mockery of the forthcoming climate change bill by permitting this power station to be built. At the very least a public enquiry should be held on this matter. More effort must also be put into developing renewable energy sources.
If we do not act responsibly over our climate emissions we must expect to deal with
- The creation of 150 million environmental refugees – overwhelmingly in poor countries
- Acute water shortages for 1-3 billion people
- 30 million more people going hungry as agricultural yields go into recession across the globe
- Sea levels edging towards increases of up to 95cm by the end of the century, submerging 18% of Bangladesh.
Please stop this madness.
Posted by Joanna No comments: