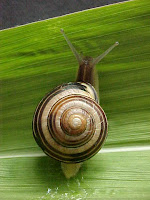 This morning Rosemary was distributing Tearfund's latest campaign cards, all of which had been signed before I'd finished clearing up after Exclaimers and helping with coffee duty. In Exclaimers we were looking at the Garden of Eden story, as in last week's service, but carrying that forward to the synoptic Gospel accounts of Jesus's own temptation (a redemptive mirror experience) and to the image of the Tree of Life in Revelation. The Garden of Eden story was the one that they reported back on in the service - perhaps if I'd had visuals for the others it would have helped, also I'd chosen Mark's sparse account of the temptation rather than the details of Matthew and Luke. But for their craft work they made trees out of twigs, modelling clay, paper etc: two said they were making the tree of knowledge while the other two opted for the tree of life. One called it "an 'ever-fruiting' tree instead of just 'evergreen'", and then beside it planted a 'tree of happiness' too. As we sat in church I noticed a snail shell among the drawings of fish in the river of the water of life 'I found it under the chair', my son explained. I naively imagined it was merely the shell, until they were stood at the front with their creations and a head popped out. There was much protesting when I insisted on taking it out to the garden.
Posted by Joanna