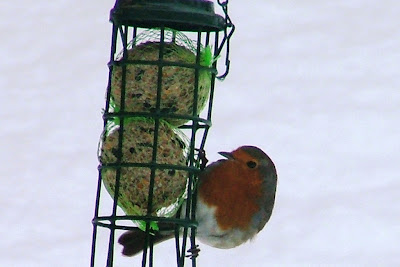 Outside the snow lies too deep for school for a third day, making it hard to contemplate rising global temperatures. As the dust settled after the Copenhagen Climate Change summit last month so life became rather busy with pre-Christmas events and I didn't get round to blogging. The mood at church on the Sunday after the Copenhagen Accord was announced was 'better no deal than a stitch up'. By the time the conference happened I think we were all resigned to not expecting great things, but still feeling we needed to stand up for what we believe in, for the integrity of our relationship with God and our neighbours.

Now the development agencies are focussing on what can be achieved in 2010. At first I found my heart sinking - I can't keep thinking 'everything hangs on . . .' every year, in the way we initially did about Copenhagen. The way campaigning works is to have short term goals to work for, but the response to the threat of climate change is going to be 'an issue' for the rest of my life and beyond. While still engaging in the short term campaigning as much as possible; for sanity's sake, we need to find a framework for acting and thinking that isn't 'we have x months to save the planet'. I've been wrestling with Alistair McIntosh's concept of 'living in a dying time' (Hell and High Water: Climate Change, Hope and the Human Condition) which is very persuasive but isn't a space I can think in yet. I do want to hang onto something our vicar mentioned in a sermon just before Christmas - apparently Martin Luther said that even if he knew Christ would come tomorrow he would still plant an apple tree.

Meanwhile, the robin pictured above is giving me accusing looks from the bird table because we've run out of bird food, so it's time for an expedition through the snow to the greengrocer's for more seed.
Posted by Joanna