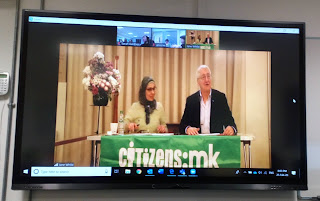 Despite some technological hitches with our sound link, it was an invigorating and interesting experience of democracy in action. Hopefully some of us will make it in person to the next event.
Posted by Joanna