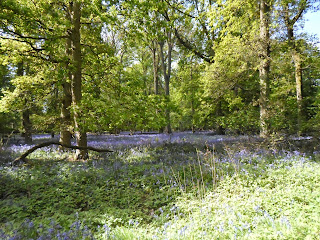 It was the perfect morning for the Christian Aid sponsored walk today. There was a smaller crowd from St John's than usual I think but Simon and Judy were helping with the running and there were at least four car loads of walkers, two of whom met at the finish, above.

I've been forgetting to add stuff, as usual, but last Sunday I wrote a Godly Play script for the children inspired by John 1 and Ascension so there was lots of emphasis on Creator and Created - a good excuse for very inventive craft activities afterwards.

The week before we encouraged congregation members to do more walking and less driving by handing out Beat the Street cards and inviting them to join the St John's school team. The week before that was another EcoCongregation planning meeting.